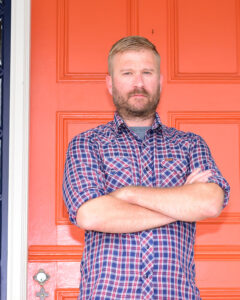 Scott was born and raised in Portsmouth, RI and attended New England Institute of Technology where he earned a Bachelor of Science in Architectural Building Engineering Technology. He and Spencer met while working together at Newport Collaborative Architects in the early 2000’s. After that, Scott enjoyed a freelance career as a project manager in Atlanta, Georgia. He joined the CDA team in 2021 and helped launch our Tampa Bay office. Scott is an accomplished disc golf player who enjoys surfing, the beach life, and riding his new Suzuki motorcycle.

BACK
NEXT
Scroll to Top